‘Ice cream you really need to love. There’s no way about it,’ is what my father used to tell me when I was a young girl, watching him do his magic with a few simple ingredients. I was born into a family of ice cream lovers in Sacile, Italy in 1982. I was transfixed by the scents and aromas so tangible in his ice cream laboratory, by the magic I could see happening before my very own eyes every day. I kept wondering how a warm, luscious liquid could turn into smooth velvety ice cream. As other children spent their Sunday afternoons at the park or summer holidays at the seaside playing on the beach, I kept watching the miracle happening in my Dad’s ice cream parlour. It takes hard work, perseverance, discipline and an inordinate amount of love to turn a dream into reality – which is what my family achieved with Eis Fontanella.

In 2004, I moved from Italy to Frankfurt in Germany to help my parents. The ice cream parlour was doing so well, we ran three shops across the city. My whole family worked in these shops: my parents, my aunt, my brother, his wife and myself, we all dedicated ourselves to Eis Fontanella. It became almost like another child to us – to cherish, to grow, to nurse and to love. Those were years filled with joy and laughter, with tears and dedication, with personal sacrifice and great rewards. As a matter of fact – our ice cream parlour isn’t just “a business” or “a shop” – our ice cream parlour is where our heart is. It is where my parents met, where I met my husband, it is where we do what we love the most: Making our customers feel welcome, treasured and transported into the world of traditional Italian sweets.

In 2016, my father called me aside into his laboratory, the heart of our business and told me that he was getting too old and sick to run the ice cream parlour. He also told me that he was ready to sell his legacy. To me that was unthinkable. It was as though the earth opened beneath my feet: I promised my father there and then that I would take on the responsibility of growing and caring for our family business. I have not looked back since that day: Using the same trusted treasured recipes that have been in my family for generations.

One of the very few hobbies I have is scuba diving – in 2017 I passed my first certificate. As a consequence, I have seen how polluted our oceans have become: Next to fish there are bottles of plastic floating in the water, coral reefs are dying, and I have decided that I need to do something about the use of plastic in my daily life. Therefore, at Eis Fontanella, we no longer use plastic cups, straws or spoons. We use alternative energy in our ice cream production and our coffee is also fairtrade. We have developed vegan ice cream and part of the proceeds go to a non-governmental organization called Wild@life protecting the wildlife in Africa. 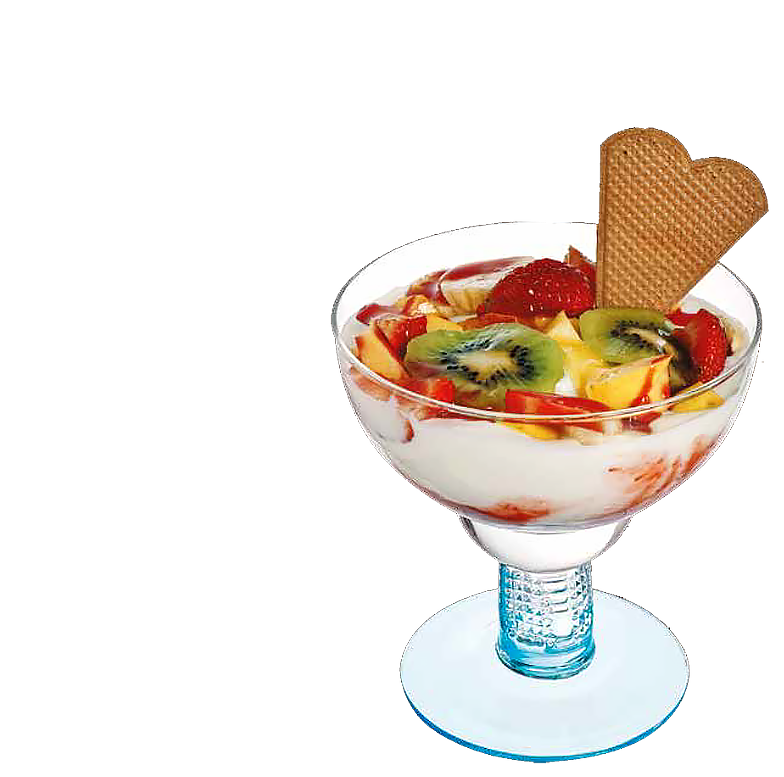 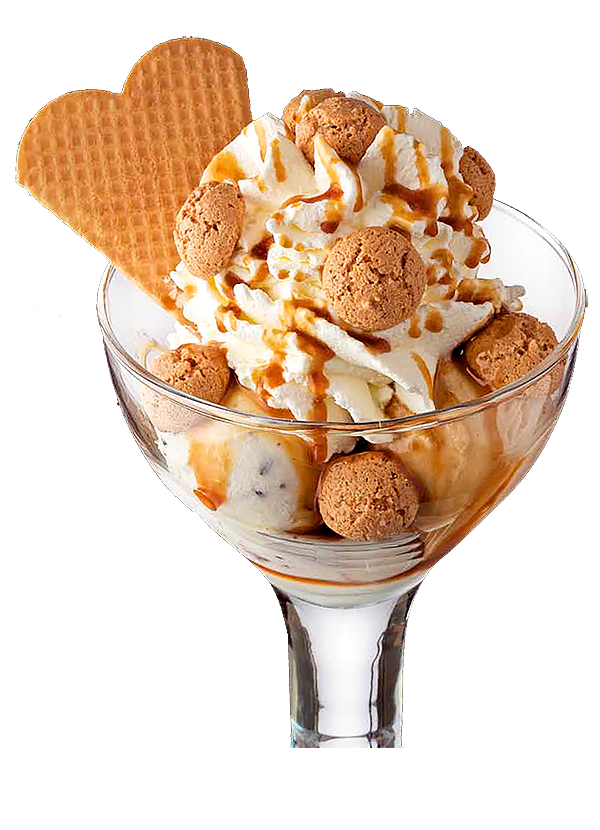 The beginnings and story of Eis Fontanella

The story of Eis Fontanella is also the love story between my parents. My mother Fernanda was born in 1946 in Ponte di Piave in Italy. She and her sister Giorgia lost their father very early in life and decided to seek their destiny elsewhere. In 1963 the two of them left Italy to go to Vienna, a city renowned for its sweets and pastries. They found work in an Italian ice cream parlour and fell in love with the product they were selling. In 1965 the two sisters moved again, this time to Germany to work for an Italian family who came from Conegliano, only 30 kilometres away from their original home. Together they worked to establish Eis Fontanella in Frankfurt, bringing with them the craft of making ice cream cones learnt in Vienna.

My paternal grandfather worked in an ice cream shop on the Italian riviera. This was where my father had the idea to do the same but in a country that offered better opportunities: Germany. So in 1970, my Dad Michaelangelo left Italy for Eis Fontanella in Kaiserstraße 68, Frankfurt. Here, he not only found work: He found my mother and love.

The owner soon realised that my parents and my aunt made the perfect trio to not only work in the ice cream parlour, but to manage it: My father creating new flavours in the laboratory, my mum and aunt being the friendly faces to customers and still making the home-made ice cream cones. Back then, there were only six basic ice cream flavours, and it was my Dad’s creativity and imagination that came up with new concoctions: Adding dark chocolate chips or sweetened cherries to milk ice cream, creating the Stracciatella and Amarena flavours.

My parents were always looking for new ideas, new products and new inventions – over time they developed cups of ice cream using sweetened fruit, home-made sauces, whipped cream and sirups. They were at the forefront of the great ice cream expansion Italians started in the 1950s.

In 1980 they had finally saved enough money to buy their own ice cream shop: Eiscafe Michielin in Frankfurt. They also led a happy family life with my brother being born 1976 and then I came in 1982.

Life was busy with two small children and an ice cream shop and it took a lot of hard work, dedication and passion to manage everything. But my parents were happy and succeeded. It was in 1994 that they were asked whether they wanted to buy the ice shop where everything had started. Of course, they did and bought Eis Fontanella to make it their own.

In 2003 my brother Michele and his wife also moved from Italy to Frankfurt and started working at Eis Fontanella. So, it truly became a family business – with my parents, my aunt, my brother, his wife, my cousins and myself working there from 2004.

In 2004 we had to look for new premises because we were running out of space and expanded opening a new Eis Fontanella on the same street: Eis Fontanella (Nr. 36).

In 2011 my brother Michele and his wife decided to return to Italy to raise their children and opened their own ice cream shop ‘Gelateria Cavour’ in Pordonene.

In 2015 the building on Kaiserstraße 36 was refurbished and we decided to move across the street to Kaiserstraße 35. When my Dad decided to retire in 2015, I took over as the general manager of our ice cream business.

Over the years our ice cream parlour has won various prizes:

In 2010 the trade association MIG crowned the ten best traditional ice cream makers in all of Germany – we were one of the ten. We have been voted into the top five ice cream parlours in Frankfurt by Prinz magazine, Journal Frankfurt and the website ‘About Frankfurt’.

We feature regularly in the local press and radio with innovations like our Tirolean Apple Strudel Ice Cream.

Our Tirolean Apple Strudel Ice Cream. This sweet and aromatic flavour reminds me of my childhood. A magical blend of cinnamon, pine nuts, raisins and caramelized apples. It was a family tradition to spend the winter’s holiday with the dearest friends in a small village (Corvara) in Tirol. The days were short, cold and immaculately white.

I remember me putting on my first ski boots – I learned how to ski when I was only 6 years old. I remember using all the strength I had, trying to fasten those boots to my first pair of skis. We were avid skiers – often staying on piste until almost exhausted – and in the afternoon, we would cosy up in an alpine chalet. And to warm up, we would always have a steaming, succulent piece of apple strudel. Years later, my Dad decided to try and capture that taste in an ice cream: STRUDEL TIROLESE. 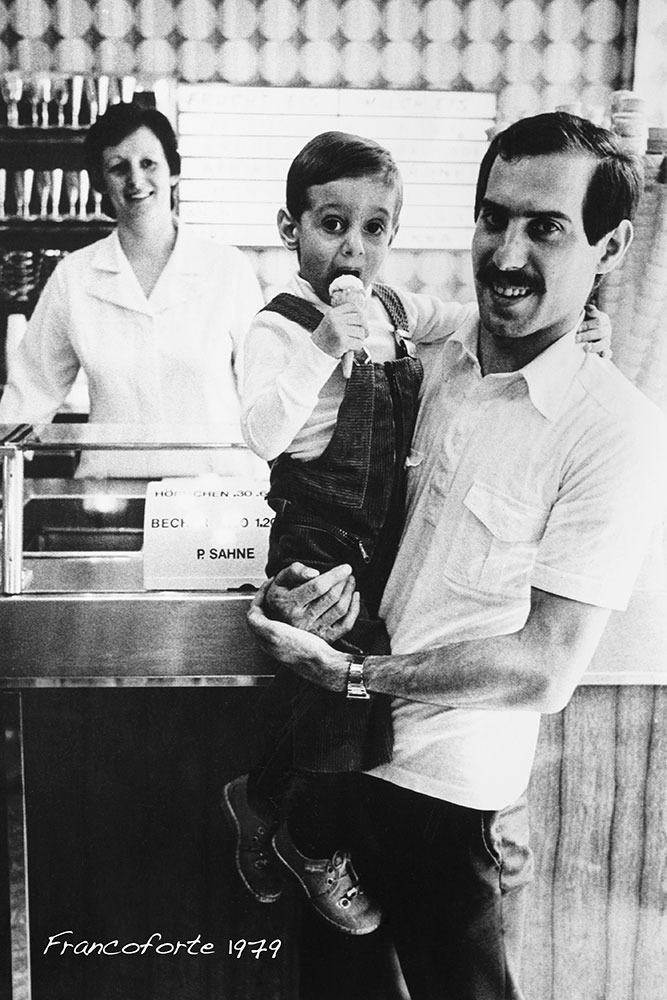